Public guide where we can post CPDI book recommendations

Banned Books Week, the annual celebration of the freedom to read, runs this year from September 25th – October 1st. This year’s Banned Books Week will celebrate literature written by diverse authors and/or literature with diverse content that has been challenged or banned, and will examine why diverse books are disproportionately singled out in the first place. (To learn how the Banned Books Week Coalition defines diversity, please see: Defining Diversity.)

Maggie Jacoby writes in Why Diverse Books Are Commonly Banned: "The University of Wisconsin’s Cooperative Children’s Book Center (CCBC) and publisher Lee & Low have provided statistics from 1994 to 2012 that illustrate that while 37% of the U.S. population are people of color, only 10% of books published focus on multicultural content. In addition, ALA’s Office for Intellectual Freedom, has determined that 52% of the books challenged, or banned, over the past decade are from titles that are considered diverse content. These statistics are troubling and create more questions than answers."

CPDI invited members of the MIT Libraries staff to suggest a banned book with diverse content that mattered to them, and below are their recommendations.

Why Diverse Books Are Commonly Banned

Quotes from our submissions 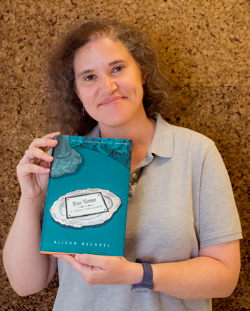 I love this book. Alison Bechdel tells the story of her family's very specific struggles and in doing so creates something universal. She uses her skills as a storyteller and artist to tell a tale of being "different" -- in this case, queer -- and to examine the risks and rewards of living an authentic life.

The Color of Earth by Kim Dong Hwa

One of the few titles by an Asian or Asian American author that has been challenged or banned.

I Know Why the Caged Bird Sings by Maya Angelou

I remember reading this in high school for English class and thinking it felt so much more real to me than our usual assignments. I loved the language, and the pace of the writing. Angelou's life was so very different from mine, growing up in rural Arkansas, suffering from abuse because she was a girl, because she was black. Her circumstances were so different, but her insight into what makes us human spoke to me in a way no other book had to this point. It remains in my top 10 books I've ever read, even though I read it decades ago.

This One Summer by Mariko and Jillian Tamaki

Again, one of the few challenged titles written by Asian (Canadian) authors. Also, I read this recently, having picked it up at ALA a few years ago, and could not for the life of me figure out why it would have been challenged. It's very non-explicit, both in the text and the illustrations.

Eleanor and Park by Rainbow Rowell

It's a love story between underrepresented teenage protagonists -- a full-figured girl and a Korean boy. 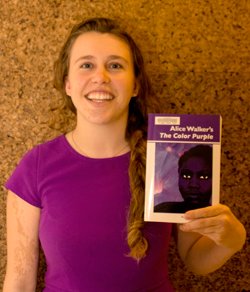 The Color Purple by Alice Walker

Usually we hear about black women's lives from others, but this is a raw account. I like that it isn't toned down to make anyone feel better. It's truthful in alarming and saddening ways. Quite beautiful.

It is described as "an epic space opera/fantasy comic book series" and that's pretty much what it is. The main plot is that a family is on the run from multiple pursuers, because of this they travel throughout the solar system in order to survive. This comic book series is about family at its core and it engages with a number of diversity related issues including ethnicity, sexuality, gender roles, and the effects of war. I recommend this for the engrossing story, but also for the amazing art work.

The Curious Incident of the Dog in the Night-time

I saw the astonishing and fascinating theatrical adaptation in London, and decided I had to read the book. It is a book written from the point of view of an autistic young man whose investigations into the murder of a neighbor's dog leads to discoveries of family secrets. He overcomes his fears in order to make a journey to London to find his mother who he'd been told had died. It is a compelling story from an interesting perspective.

This novel is often neglected in discussions of modern literature, yet it is one of the best novels of the era. From the perspective of it's unnamed narrator, it not only explores the issues and identity for African-Americans, but also our identity as a nation. 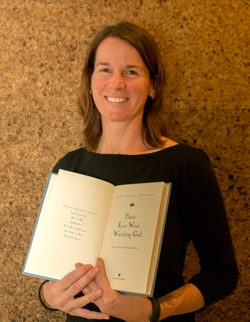 Their Eyes Were Watching God by Zora Neale Hurston

I loved the beautiful writing and the exploration of language and storytelling traditions, but also that the book that doesn’t shy away from the complexities of identity and being in the world. The main character is a black woman who lives with strength and purpose in spite of oppression and the judgment of those around her. The author - Zora Neale Hurston - was a black woman writing during the Harlem Renaissance and was herself a strong but complicated figure.

Our Bodies, Ourselves, but the Boston Women's Health Book Collective

It taught me everything about having a woman's body!

It follows an interracial relationship during the mid-20th century in the Pacific Northwest. The young couple is compelled to keep their relationship a secret to avoid racism and bigotry from their family, friends, and community. The couple is eventually separated when one of them is forced into incarceration at a Japanese-American internment camp during World War II.

All American Boys by Jason Reynolds and Brendan Kiely

All American Boys is a book that delves into a community's response after a white police officer's act of violence against a black teenager. It is told over a week's time from the perspectives of two teenagers- Rashad, the young black man who is attacked when the white police officer assumes he's stealing, and Quinn, a young white man who is friends with the police officer, and witnesses the attack. The book focuses on how the attack brings the Black Lives Matter movement to the forefront of the community's minds, and what it means when you choose to speak up, or to stay silent. As I wrote in my review right after finishing the book, it was "absolutely beautifully written- I highly recommend this for anyone who is struggling with their own feelings about, or with how they see other people react to, the Black Lives Matter movement."

Anzaldúa's book is an amazing exploration of life on borders, specifically rooted in her experience growing up on the border of Mexico and the United States. In a mixture of prose and poetry, in English and Spanish, she also talks about her identity as a Chicana lesbian. It's a powerful book that both resonated and taught me a lot. Of course, that makes it powerful enough that it was banned in Tucson public schools (and many other Arizona schools) by HB 2281, which prohibits teaching of Mexican-American studies in public schools. There's a Librotraficante movement that brings underground copies of the book (and others) to students. 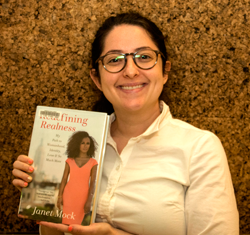